The F-35 Lightning II is a stealthy, supersonic, multirole fighter designed to meet the requirements of the United States and allied defense forces worldwide for an affordable next generation fighter.

Northrop Grumman is a principal member of the Lockheed Martin-led industry team, which is developing and producing three variants. The F-35A is the conventional takeoff and landing (CTOL) variant, the F-35B is the short takeoff-vertical landing (STOVL) variant, and the F-35C is the carrier variant (CV).

The program's hallmarks - affordability, survivability, sustainability and lethality - are achieved through the use of the most modern military aircraft technologies, state-of-the-art production facilities, and a high degree of commonality among the three variants. The team is using advanced manufacturing techniques to enable a unique, high-rate production program. 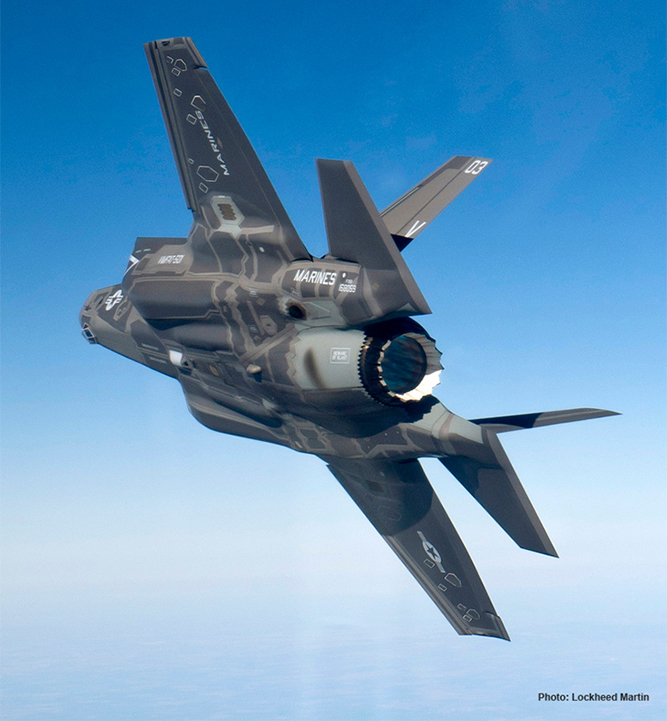 Northrop Grumman plays a critical role in the development, demonstration and production of this multirole fighter, including:

The U.S and eight international partners - Australia, Canada, Denmark, Italy, the Netherlands, Norway, Turkey, and the UK - are contributing to the development costs of the aircraft. Northrop Grumman is building an international F-35 supplier team focused on providing "best value" to its customers. To date, the company has awarded some of its most significant subcontracts to firms based in partner countries.

The U.S. Air Force, the eight international partners, Japan, and Israel are purchasing the CTOL variant. The STOVL variant will be operated by the United States Marine Corps, the UK and Italy. The United States Navy and Marine Corps are purchasing the CV variant. Purchases by the U.S. armed forces and these partner countries combined with foreign military sales are expected to exceed 4,000 total aircraft.