Rising to the Challenge: Engineers Design Emergency Ventilators in Response to COVID-19 Crisis

In late March, Northrop Grumman Program Development Manager Frank Minor spotted a do-it-yourself (DIY) Hack-a-Vent challenge issued by the United States Department of Defense (DoD), soliciting creative individuals from all over the country to come up with the best design and prototype for a quickly and easily manufactured basic ventilator to support medical response teams treating a surge of patients who need respiratory assistance.

Frank alerted the SPARK team of the opportunity, a Northrop Grumman program for employees to submit ideas for innovation. Immediately an internal challenge was created, mirroring the requirements set by the DoD to develop a fully prototyped, inexpensive and easily produced ventilator within days. 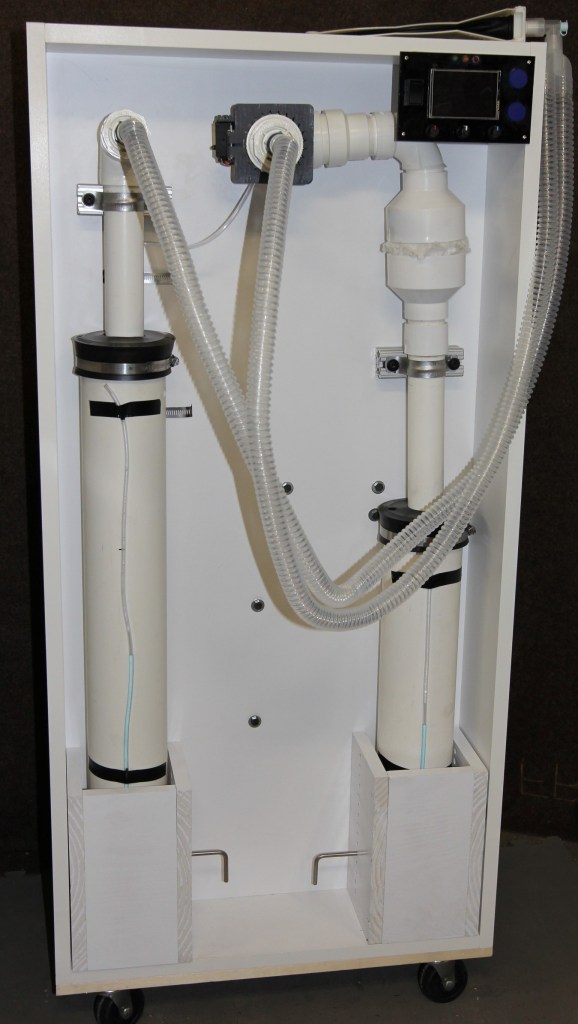 Among other requirements, the ventilators had to be able to be assembled and operated by unskilled workers and comprised of readily available consumer parts and materials.

Internally announced on Friday, March 20 with a deadline of Wednesday, March 25, employees from all over the company responded. Over the course of two and a half business days, 150 employees participated and submitted more than 70 proposals — the largest SPARK challenge participation to date.

“It was invigorating to see the tremendous employee response and ‘let’s do this’ attitude to hack a solution together. It speaks volumes of their character and values,” Nick said.

The team’s ventilator concept began as a doodle shared between colleagues and quickly came to life using a makeshift lab in an employee’s garage. Early on, the potential for success was evident, and the team enlisted the expertise of Dr. Nader M. Habashi, renowned critical care intensivist and pulmonologist from the University of Maryland Medical Center / R. Adams Cowley Shock Trauma Center, to evaluate their design. Working around the clock to meet tight deadlines, the FieldVent team passed two phases of rigorous government testing.

“The people on the team like solving problems, but we all felt that it was an important thing to work on,” said FieldVent team member Jay Switzer. “If we could put some ideas out there and have them be of merit, it’s for the greater good. There’s nothing more important than that.”

Northrop Grumman is working to get the design through FDA Emergency Use Authorization (EUA) and plans to provide the DoD full and unlimited rights to the intellectual property. The team’s groundbreaking design is the first of its kind to offer a mass producible ventilator that costs less than $1,000 to build. Thanks to Northrop Grumman’s spirit of innovation, the DoD will have the design at their disposal should it be needed to save the lives of COVID-19 patients or others suffering from respiratory failure in the future.