We are also a pioneer in hardened electronics technologies used in weapon applications and produce precision guidance kits that employ a common technology base to transform conventional artillery and mortar munitions into precise, Global Positioning System (GPS)-guided weapons. 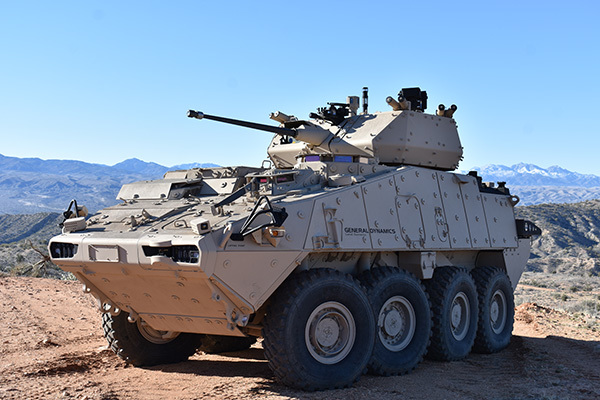 The company is a leading producer of medium- and large-caliber tactical and training ammunition for U.S. and Allied militaries. Looking to the future to provide ammunition capabilities that increase the capabilities of weapon systems to meet peer and near peer threats, Northrop Grumman is at the forefront of developing new, advanced ammunition types that include advanced armor penetration, airbursting, proximity fuzed and multipurpose warheads for systems ranging 20mm to 120mm.

Medium caliber ammunition developments are on a path which includes airbursting and the creation of a new, proximity fuzed warhead for 30mm x 113mm ammunition that will provide greater capability for the Apache attack helicopter to engage air to ground and air to air targets. Once complete, the technology will be scaled to multiple medium caliber types to provide air, land and sea weapons systems with a precision, bursting warhead. The development of the proximity fuze also will lead to the creation of medium caliber guided ammunition that will provide the precision necessary to engage moving targets and defeat unmanned threats – both air and ground.

Northrop Grumman has a long history of producing high-quality, high-performance gun powder that is found in many major brands on the market today. Our powders are available in tailorable formulations based on cartridge type. We also manufacture and bottle powder for the consumer reloading marketing and import high performing rifle powders for U.S. distribution.

Northrop Grumman is committed to optimizing industrial readiness at government-owned/contractor-operated manufacturing facilities. We leverage our capabilities, resources and company experience in successful management of complex facilities to provide technical or management support to modernize and/or upgrade facility operations. We implement lean management systems to continuously improve efficiencies for ever-increasing customer value and sustainability.