Astro Aerospace - About Us

Astro Aerospace has pioneered the technology of space-deployable structures with a 100% success rate for more than 50 years.

Astro Aerospace is a leading pioneer since 1958 in creating the technologies for space deployable structures. Astro's stellar 100% on-orbit deployment success record on hundreds of flight units and our continuing commitment to high quality means reliable space deployable products for your program. Whether it's a new application of existing technology or a challenging application requiring new mechanization and detailed engineering, Astro can meet your needs quickly and reliably.

Our expertise in deployable structures ranges from complex systems like our furlable AstroMesh reflectors and extendable radar support structures to extendable/retractable boom and mast subsystems. All of our hardware is characterized by its efficient light weight structural design and robust deployment kinematics. Astro has a tradition of innovation that combined with our unmatched on-orbit performance. provides the assured mission success required in today's demanding space flight environment.

In 1964, research in the area of high-strength filament structures led to a major contract to develop a large low frequency orbiting filament antenna telescope in with a one-mile diameter. During its development, Astro conceived and built a central compression column, later called the AstroMast™, which has become one of Astro's best-known products.

In 1972, Astro Research was acquired by Canada's Spar Aerospace Limited, becoming Astro Aerospace and moved to Carpinteria, California. Astro's emphasis was shifting from research to the design and fabrication of hardware with a focus on deployable structures. As part of the acquisition Spar transferred its Storable Tubular Extendable Member (STEM™) technology to Astro, augmenting Astro's growing family of deployable flight hardware.

Astro added large deployable "Perimeter Truss" mesh reflectors (AstroMesh™) to its portfolio in the mid-1990s. This breakthrough technology has enabled the commercial satellite market to reliably utilize large aperture reflectors at low risk of deployment failure. Since then Astro has expanded the AstroMesh™ family to cover deployed diameters from 3 to 50-meters and at frequencies from UHF to Ka-Band. As part of the Inmarsat 4 craft team Astro was awarded the 2006 Silver Medal by the Royal Aeronautical Society for its AstroMesh™ contribution to the program

Throughout its history Astro's hardware has flown on hundreds of missions with literally thousands of on-orbit deployments without a single deployment failure. We have hardware on Mars, orbiting the Earth, the Moon and Mars. And we have STEM™ products on both Voyager craft which have recently left our solar system. Our attention to detail, thorough design and analysis processes, assures robust deployment kinematics, providing our customers with hardware that can be counted on to deploy in every time. Our 100% on-orbit deployment success record is Astro's proudest achievement.

Astro Aerospace maintains an effective and robust Quality Management System, and is certified to AS9100 Quality requirements. We have developed and defined strict processes, procedures and supporting documentation that produce the most reliable products to the highest standards in the industry.

Astro Aerospace has over 64,000 square feet of floor space with over 45,000 square feet dedicated to production and testing of our products. Our facilities are uniquely tailored to fabrication, assembly integration and test of deployable space hardware. Astro is certified to AS9100.

Our specialized equipment enables us to perform testing unique to large and small deployable structures. Additionally, the specialized environmental testing resources at Northrop Grumman Space Systems in Redondo Beach are available to Astro; these include thermal, thermal vacuum, vibration, acoustic, and RF testing. 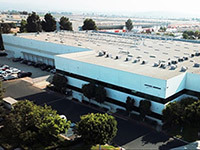 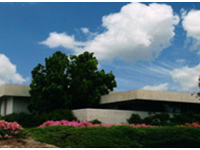 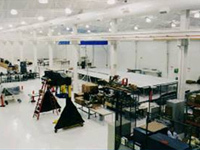 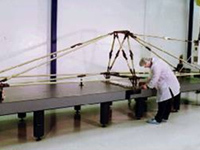 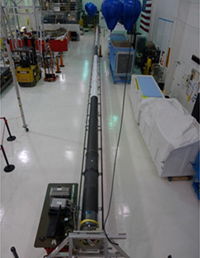 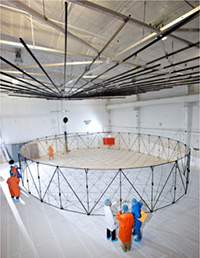