Why is Cygnus Unique?

The Cygnus system is a flight proven design incorporating elements drawn from Northrop Grumman and its partners' existing, flight-proven spacecraft technologies. Cygnus consists of a service module and a pressurized cargo module. The Cygnus spacecraft is used to carry crew supplies, spare equipment and scientific experiments to the space station. The service module incorporates advanced avionics developed by Northrop Grumman and guidance and navigation components that allow for fully autonomous rendezvous with the space station. The avionics design fully meets all of the demanding NASA safety requirements imposed on human-rated vehicles. The pressurized cargo module is manufactured by Thales Alenia Space specifically for Cygnus.

Currently, Northrop Grumman uses Cygnus to perform International Space Station resupply flights under the second Commercial Resupply Services (CRS) contract. Beginning in 2014, Cygnus has carried more than 70,000 pounds (31,500 kg) of critical cargo to the station under the first CRS-1 contract. In November 2019, the company flew the first CRS-2 mission, NG-12, and will carry out a minimum of five additional missions under this contract.

The Cygnus vehicle provides a number of advanced capabilities during these cargo resupply missions. The spacecraft has already demonstrated a number of these, including the launch of cube satellites from external deployers, the delivery of live rodents to the station, the ability to act as laboratory space while docked to the station, boosting the station's orbit and flying in orbit separately from the station for more than one year. 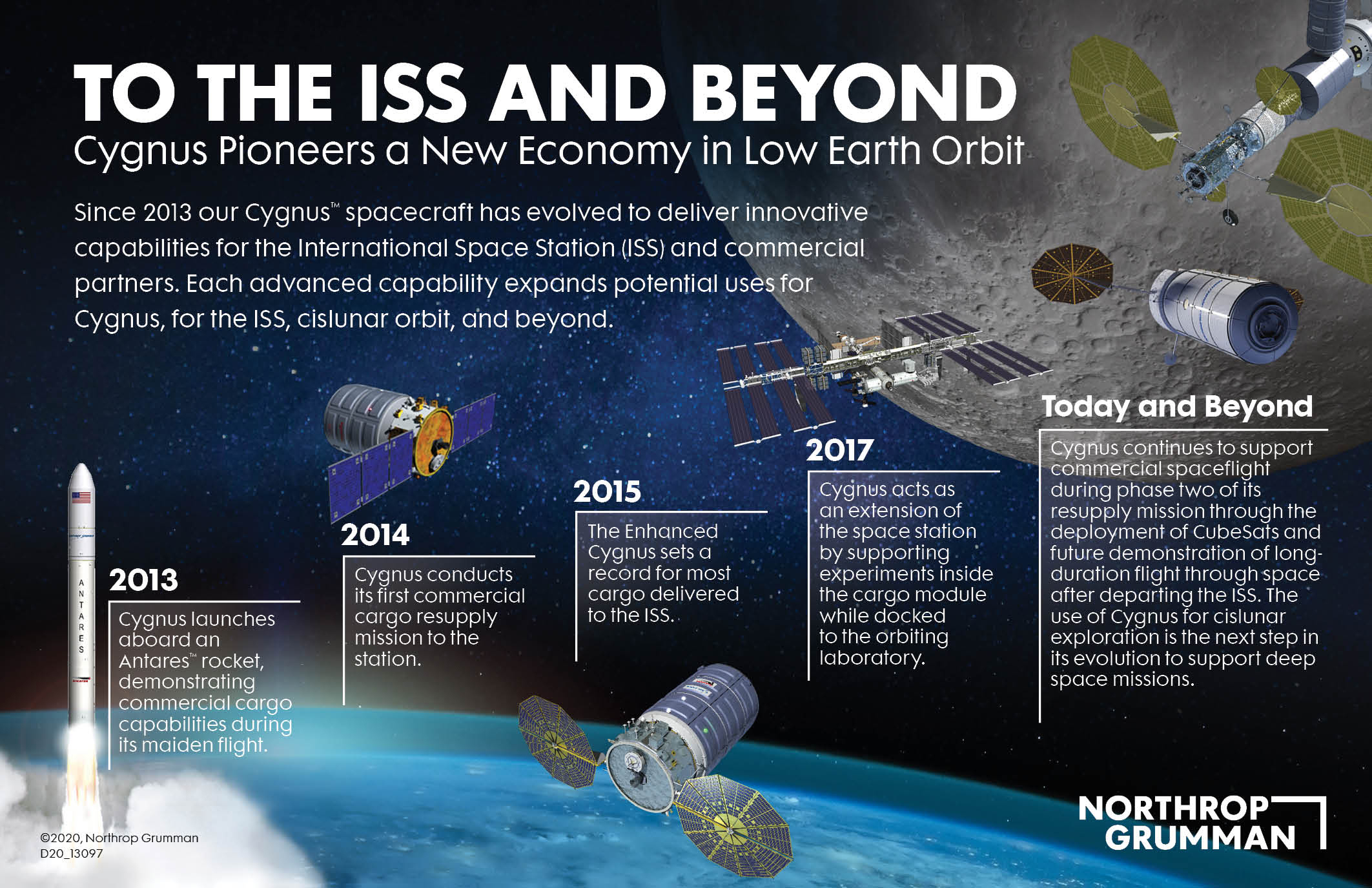 Cygnus: To the ISS and Beyond