The most dreaded question faced by any group of experts.

Better yet, will it work when you have a baseline design captured on a whiteboard, requirements written in one week, hardware with no space flight heritage, and a company culture architected over 60 years to minimize risk?

The answer is “maybe.” But how does a maybe result in the Northrop Grumman Yellowfin project’s successful delivery of a satellite to orbit in <20 months?

What is New Space?

At the core of the New Space approach to SmallSat practices is the fundamental idea that satellites do not have to be large, expensive, and exquisite platforms that only rich governments can afford. Instead, satellites can be built with lower cost components, operate over shorter lifespans, and designed to achieve a more limited set of mission goals. This is done by using a single payload to fulfill one-to-two mission requirements per satellite instead of trying to meet a multitude of mission requirements with multiple stakeholders.

Reducing mission scope and requirements changes the size of a satellite from that of a school bus to the size of a coffee maker, stacked on a dorm fridge, stacked on a microwave (NASA’s James Webb Space Telescope – 6,500 kg vs Yellowfin – 150 kg). This reduction also decreases the schedule and cost, which allows for greater risk tolerance, enabling distributed constellations to be developed.

In the SmallSat industry the questions “how much faster should satellites be built?” and “how much capability should they have?” are continually posed. The Yellowfin program sought to answer these critical questions by setting aggressive goals and taking big risks (a shoot for the moon approach). The result was the successful delivery of a satellite both large enough to field future operational capability and built fast enough to meet a critical need. 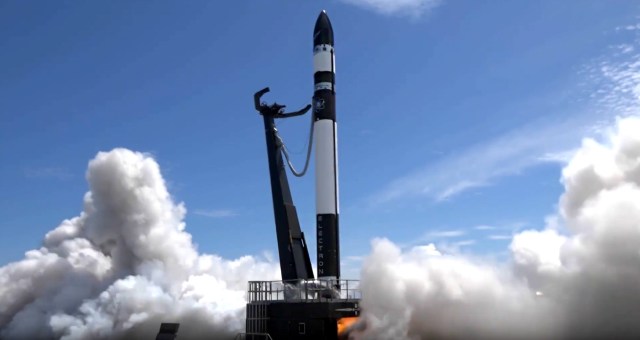 New Space practices, which have historically applied to CubeSats and SmallSats are: implement Test Like You Fly (TLYF) approaches, trade performance for simplicity, focus on the interfaces, perform requirement validation rather than verification, and focus on testing over analysis when possible. These basic practices along with a custom tailored SmallSat System Engineering approach were applied to the Yellowfin Program.

In conjunction with the top-level SmallSat System Engineering approach, the breadth and depth of knowledge and experience at Northrop Grumman was heavily leveraged. This knowledge came from the subject matter experts who acted as advisors on key technical challenges, as analysts for key risk areas, and as specialists for hardware production and integration & test.

The Systems, Integration, Test, & Evaluation (SIT&E) Department in particular was a critical partner. Due to the Everest-like schedule goals, the Yellowfin team had to make decisions when engaging each new functional area as to whether existing processes would work or needed to be modified. The SIT&E Department and its performers were extremely agile in helping to identify the right approach and tailoring their processes when necessary. An example of this was Vibration Testing in which SIT&E performers along with the Dynamics department were able to complete 3-axis vibe in 6-days when the initial schedule estimate was three to four weeks. 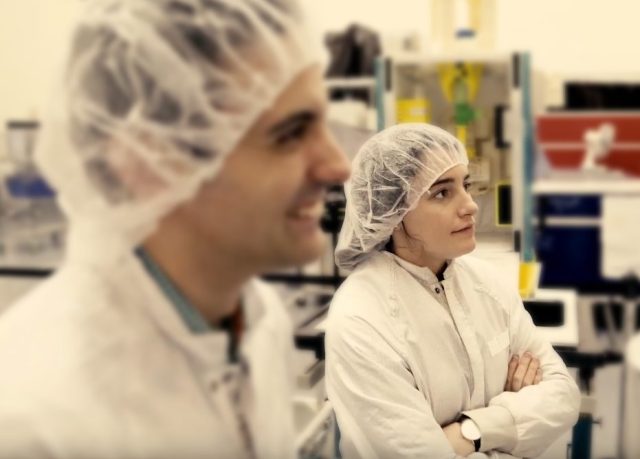 This success was due to the program’s early risk reduction planning and rapid process design innovations with the Dynamics department as well as the high performance efficiency of SIT&E department personnel. The performers knew exactly what to do, how to do it and how to make the right compromises to align with the risk posture of the program. Many of those same performers supported this vibe test in addition to the James Webb Space Telescope (JWST) vibe test, occurring at the same time.

Another example of the Yellowfin team’s agile execution approach was to start the satellite’s design with available parts to avoid long lead times. The team discovered that building the payload structure using available flight hardware that was in common-use across the site was essential to meet schedule. The team then coordinated with Global Supply Chain to use parts in their new design which were discarded or extra stock from Class-A programs such as JWST.

A challenge met by Yellowfin team was the pacing, the need for all performers to start executing future tasks in parallel with current tasks and do so without the use of major reviews as gates. This was the only way the short schedule was able to be maintained, by laying the train track down just before the train arrived. The team consistently held weekly scheduled meetings between all the program leads and daily (shop floor) stand-up meetings during the Integration and Test phase. This allowed the program to remain agile and implement constant course corrections or new task assignments as was necessary. 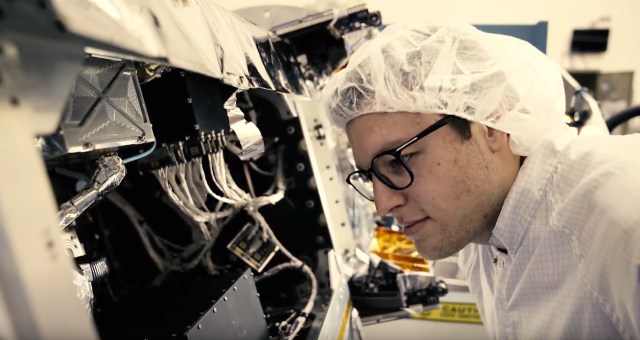 A key advantage of executing a very rapid, risk tolerant program is gaining the knowledge of what worked, what did not work, what changes should be implemented in future follow-ons, and what the cost and schedule of those follow-ons should look like. An important lesson learned is that the simple, un-optimized and easy-to-build design is more modifiable for future applications as it is less highly integrated and more accommodating to last minute design changes or additions. This gives follow-on efforts more time and resources to develop both evolutionary (incremental) and revolutionary (new concepts) capabilities.

The success of the Yellowfin program demonstrates that Northrop Grumman, as a large prime, can operate on the agile timelines needed for rapid deployment of space systems. This was achieved by using the versatile Northrop Grumman talent and high quality surplus materials from traditional programs.

These facts, combined with a Yellowfin team that was intellectually curious, highly motivated, and continually passionate throughout all the program challenges; was enough to make the initial “maybe” become a success.