The threats are simulated.
Your reactions won't be.

A Robust and Ruggedized Mobile System

JTE is reactive to the aircrew/aircraft for fast-jet, fixed-wing and rotary-wing defensive measures, allowing it to easily be relocated and rapidly reprogrammed with new threat parameters. Each JTE can simulate up to six threat systems and multiple JTEs can be integrated and controlled in a coordinated manner to simulate hostile IADS. The JTE enables pilots to train against today's hostile treats, as well as a new generation of threats not yet identified.

JTE is a single system composed of two subsystems -- a Threat Emitter Unit (TEU) and a Command and Control Unit (C2U) – together, this singular system provides multi-threat training. The C2U can control up to 12 different TEUs and serves as the overall system command and control center. Additionally, the C2U can be deployed in two configurations: fixed within a range control center or mobile within a mobile shelter. 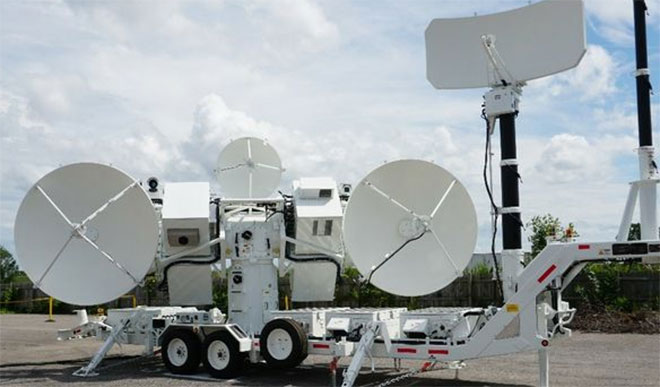