Astronomical imaging is the canonical application for adaptive optics. We have provided AO systems for numerous government and astronomical initiatives for over 30 years.

Astronomical imaging is the canonical application for adaptive optics. We have provided AO systems for numerous government and astronomical initiatives for over 30 years.

Julius Feinlieb, founder of AOA, was the inventor of the laser guide star which uses a laser to create a beacon for astronomical AO. One of our first products was a turn-key laser guide star beam control system, which is one in a long series of astronomical systems. Our hardware is used at SALT, SOAR, HET, GTC, KECK, and KPNO observatories and many laboratory experiments including multi-conjugate AO demonstrators.

We provided the Aberrated Beam Analyzer (ABA) for NASA/GSFC, to measure the correctors for the Hubble telescope. Its sensor uses off-the-shelf components and a commercial computer processor product with software written in a high-level language for ease of use. At the time of deployment ABA was proven to be the most accurate known optical measuring device of its kind with repeatability exceeding one-thousandth of a wave.

A coronagraph is a special imaging technique that separates the light emitted by a planet from nearby starlight. It is one method of performing exoplanet imaging. The technique involves shaping the PSF of the imaging system using a high density deformable mirror. AOA Xinetics developed precision deformable mirror technology for this task. It is based on modular actuator arrays that are scalable to 1000s of actuator elements coupled to the surface of a thin mirror facesheet. 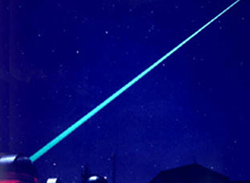 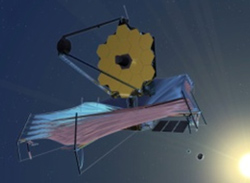 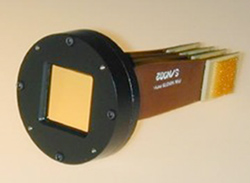