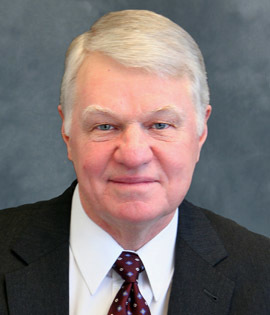 Adm. Gary Roughead was elected to the Northrop Grumman Board of Directors in 2012.

Northrop Grumman solves the toughest problems in space, aeronautics, defense and cyberspace to meet the ever evolving needs of our customers worldwide. Our 90,000 employees Define Possible every day using science, technology and engineering to create and deliver advanced systems, products and services.