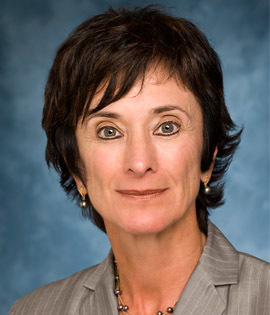 Madeleine A. Kleiner was elected to the Northrop Grumman Board of Directors in 2008.

Kleiner served as executive vice president, general counsel and corporate secretary for Hilton Hotels Corporation from January 2001 until February 2008 when she completed her responsibilities in connection with the sale of the company.

From 1999 through 2001, she served as a director of a number of Merrill Lynch mutual funds operating under the Hotchkis and Wiley name. Kleiner served as senior executive vice president, chief administrative officer and general counsel of H.F. Ahmanson & Company and its subsidiary, Home Savings of America, until the company was acquired in 1998. Prior to that, she was a partner at the law firm of Gibson, Dunn and Crutcher where she advised corporations and their boards primarily in the areas of mergers and acquisitions, corporate governance and securities transactions and compliance.

Kleiner currently serves on the board of directors of Jack in the Box Inc. and is a member of the board of the Ladies Professional Golf Association.

Northrop Grumman solves the toughest problems in space, aeronautics, defense and cyberspace to meet the ever evolving needs of our customers worldwide. Our 90,000 employees define possible every day using science, technology and engineering to create and deliver advanced systems, products and services.