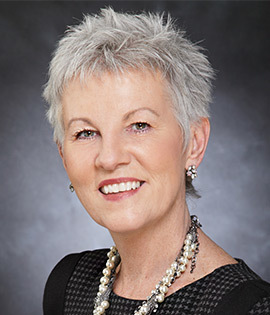 Marianne C. Brown was elected to the Northrop Grumman Board of Directors in 2015.

Prior to that, Brown was the CEO and president of Omgeo, a global financial services technology company, from March 2006 to February 2014. Before joining Omgeo, she was the CEO of the Securities Industry Automation Corporation. Brown began her career at Automatic Data Processing (ADP) and progressed through a series of positions of increasing responsibility culminating in her role as general manager of ADP's Brokerage Processing Services business, which was subsequently spun off to become Broadridge Financial Solutions. Brown is a senior adviser to Pro Mujer.

Brown earned a bachelor's degree in business administration from Concordia College. She holds a variety of community and philanthropic leadership roles and has received numerous awards for her business and volunteer work.

Northrop Grumman solves the toughest problems in space, aeronautics, defense and cyberspace to meet the ever evolving needs of our customers worldwide. Our 97,000 employees Define Possible every day using science, technology and engineering to create and deliver advanced systems, products and services.