Northrop Grumman's GEOStar satellites are the most economical and reliable solution for the small to medium market providing a full complement of payload capabilities. With over 40 satellite contracts to date, Northrop Grumman's GEOStar satellites have demonstrated benefits to established global and regional operators, as well as government and emerging new businesses for Broadcast Satellite Services (BSS), Fixed Satellite Services (FSS), broadband, and other mission critical applications. 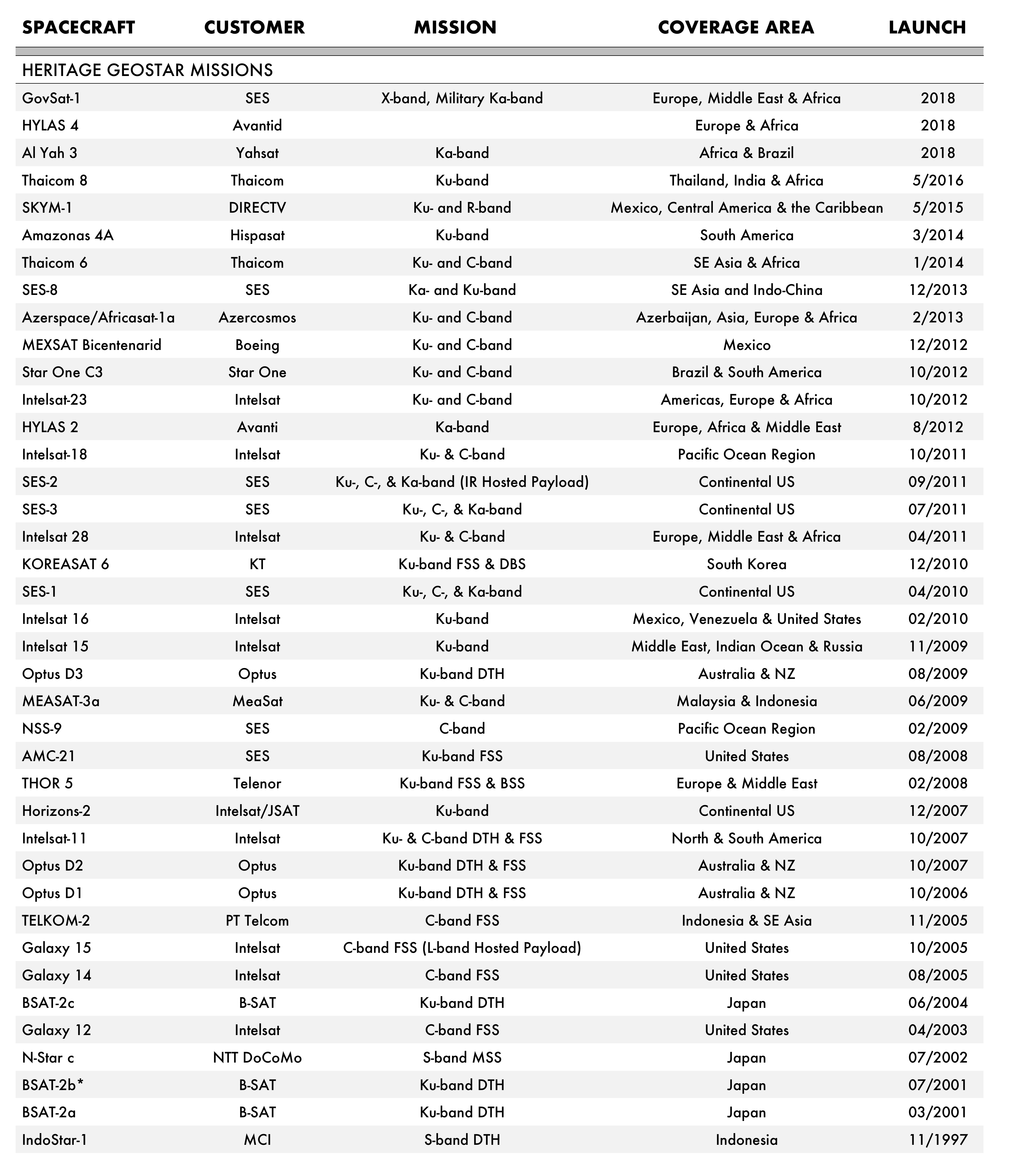 The narrow-band ORBCOMM network is used to receive and send short messages to mobile assets such as trucks, trailers, marine vessels, rail cars and other remote assets that are often out of reach of terrestrial communications networks. In 2007, six communications subsystems were delivered to ORBCOMM, Inc. for satellites which were launched in 2008 to augment the ORBCOMM in-orbit fleet.

Today, our flight-proven LEOStar-2 and -3 spacecraft platforms are designed to support a variety of multispectral, visible and thermal imaging payloads.