Northrop Grumman is a leading provider of interceptor boosters used to defend against long-range ballistic missile attacks and target vehicles used to test and verify the nation's missile defense system.

Building on our heritage of providing reliable launch vehicles, Northrop Grumman is a leading provider of interceptors and targets used in the test and verification of the nation's missile defense systems and interceptor boosters employed in the defense of the homeland against long-range ballistic missile attacks.

Under a contract from The Boeing Company, Northrop Grumman is the sole supplier of Ground-Based Interceptor (GBI) boosters for the U.S. Missile Defense Agency's Ground-based Midcourse Defense (GMD) program, the first and only operationally deployed missile defense system to defend the homeland against long-range ballistic missile attacks. The GMD system is designed to intercept and destroy hostile ballistic missiles in their midcourse phase of flight before they reenter the Earth's atmosphere.

Northrop Grumman is responsible for the design, development and testing of the Orbital Boost Vehicle (OBV) for the GBI, a silo-launched, three-stage rocket derived from our proven Pegasus, Taurus and Minotaur space launch vehicles. The OBV is designed to deliver the Exo-atmospheric Kill Vehicle (EKV) to precise trajectories necessary to intercept the threat. The OBV has successfully conducted multiple test flights and has been deployed from silos in Alaska and California. 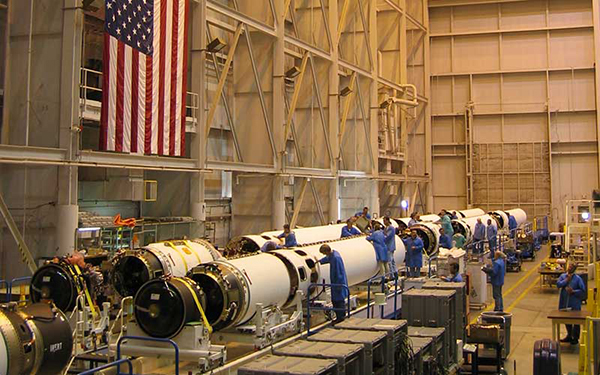 Northrop Grumman is applying its proven design philosophy of high performance, low-cost and off-the-shelf technology to supersonic sea-skimming targets for the U.S. Navy. The GQM-163A "Coyote" design integrates a solid-fuel, air-breathing ducted rocket propulsion system into a compact missile airframe 18 feet long and 14 inches in diameter. Launched from Navy test and training ranges, this high-performance vehicle achieves speeds over Mach 2.5 while flying 15 feet above the ocean's surface and weaving with 10g acceleration. In addition to the sea-skimming trajectory, Northrop Grumman has also fielded a "high diver" variant which achieves altitudes over 50,000 feet before pouncing on its target at near hypersonic speed.

For user flexibility, the GQM-163A target is now operationally capable at four different launch test sites around the world. Because of its unique capabilities, GQM-163A launches have been conducted for several foreign customers in addition to the U.S. Navy.