Northrop Grumman supports NASA's Artemis program by providing the solid rocket motors for the NASA Space Launch System and the launch abort motor and attitude control motor for the Orion crew capsule. Additional information about these motors can be seen below, with detailed information available in the SLS Motors section of Northrop Grumman’s Propulsion Products Catalog. 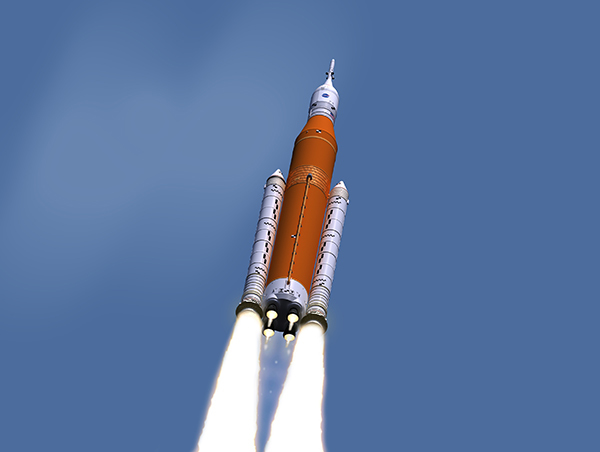 Northrop Grumman manufactures the five-segment solid rocket boosters for the NASA Space Launch System (SLS). These are the largest solid rocket motors ever built and are rated for human flight.

Each motor consists of five rocket motor segments, thrust vector control and an aft exit cone assembly; it is 153 feet long and 12 feet in diameter. The entire booster (including nose cap, frustum, and forward and aft skirts) are approximately 177 feet long. Of the booster's total weight of 1.6 million pounds, propellant accounts for 1.5 million pounds.

Northrop Grumman conducts full-scale static tests of its motors to qualify upgrades and to ensure flawless operation. A number of quality inspections are also performed throughout the booster's manufacture, including X-ray, ensuring it will perform exactly as predicted.

The SLS provides a new capability for human exploration beyond Earth orbit. Designed to be flexible for crew or cargo missions, the SLS is safe, affordable and sustainable, to continue America's journey of discovery from the unique vantage point of space. The SLS will take astronauts farther into space than ever before, while engaging the U.S. aerospace workforce here at home. 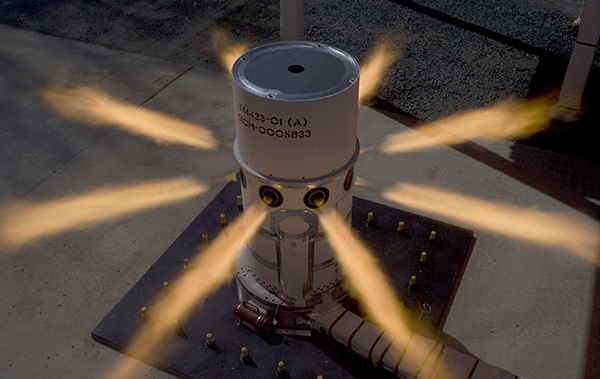 Northrop Grumman's attitude control motor (ACM) consists of a solid propellant gas generator with eight proportional valves equally spaced around the circumference of the motor. All together, the valves exert up to 7,000 lbs of steering force to the vehicle in any direction. The ACM's valve
control is fully redundant. The motor has two critical functions: 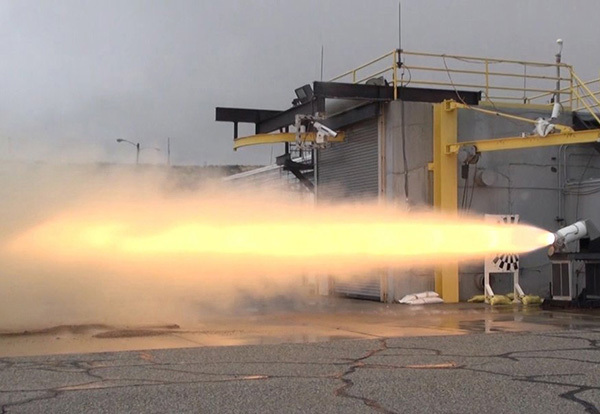 Designed to push the spent motors safely away from the core vehicle at staging, all 16 BSMs fire simultaneously at booster separation a little over two minutes into the mission, approximately 25 nautical miles above the earth's surface. Travelling 3,000 miles per hour at ignition, each BSM provides about 20,000 pounds average thrust over its one-second burn, ensuring successful launch to orbit.

Northrop Grumman manufactures the main abort motor and attitude control motor that are an integral part of the Launch Abort System for NASA's Orion spacecraft that will launch atop NASA's Space Launch System and carry crew to deep space missions. The Space Launch System will incorporate the Launch Abort System to safely lift the Orion crew module away from the launch vehicle in the event of an emergency on the launch pad or during ascent.

Northrop Grumman, along with NASA and Lockheed Martin, has successfully conducted two qualification ground test firings of the motor at the company's Promontory, Utah, facility. The completion of these milestones brings Orion one step closer to its first flight atop NASA's Space Launch System and to enabling humans to explore the moon, Mars and other deep space destinations beyond low-Earth orbit.