AOA Xinetics has been at the forefront of innovation in HEL Beam Control. We have developed an in-house simulation software suite for beam propagation through the turbulent atmosphere and supplied many AO beam control hardware systems for integration and testing.

AOA Xinetics has been at the forefront of innovation in HEL Beam Control. We have developed an in-house simulation software suite for beam propagation through the turbulent atmosphere and supplied many AO beam control hardware systems for integration and testing.

The High Energy Laser (HEL) is the modern embodiment of a directed energy weapon (DEW). It travels long distances, can be directed at small moving targets and does not require a dedicated store of ammunition. Propagating the HEL through the atmosphere is hampered by a critical problem, random air density fluctuations perturb the beam, making it spread and wander. Beam control is an important aspect of DEWs, which involves using an AO system to "pre-correct" the HEL beam.

We supported the Airborne Laser (ABL) program development of the common path, common mode wavefront sensor using a high performance electron-bombarded CCD camera and the associated control electronics and communications hub. In addition to hardware, we provided a field support staff and IPT lead for beam control integration with responsibility for the beam control software.

In support of the Aero-optic Beam Control (ABC) program we provided a very low latency adaptive optics system with high bandwidth jitter control along with beam walk control system. ABC is an advanced atmospheric compensation system developed to work in conjunction with active flow control to mitigate the effects of aero-optical disturbances associated with the flow over a turret on a transonic airborne platform. The AO system includes advanced algorithms that take advantage of the semi-frozen advective flow of the turbulence across the aperture.

Funded by HEL-JTO, we developed a novel incoherent beam combining technique involving synchronous detection using amplitude modulated fiber lasers. With this technique separate lasers could be overlapped onto the same spot on the target to increase power density. In conjunction with the Naval Research Lab (NRL) and Naval Surface Warfare Center (NSWC) we successfully tested this technology over several kilometers in over-land and over-water environments. 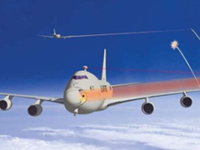 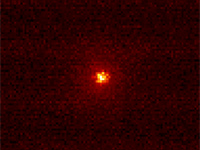 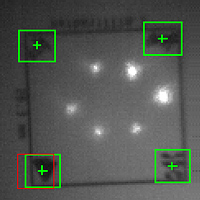