Follow this page for updates on our latest Commercial Resupply Mission to the International Space Station.

The NG-13 Cygnus spacecraft successfully departed the International Space Station on May 11, 2020 at 12:09 p.m., after arriving three months prior to deliver approximately 7,500 scientific experiments and supplies to the orbiting laboratory. The vehicle left with up to 8,200 pounds of cargo for disposal.

Soon after departing the ISS, Cygnus began its second mission—a NASA Spacecraft Fire Safety Experiment-IV (Saffire-IV), studying the behavior of fire in microgravity. Additionally, the vehicle supported a CubeSat deployment via SEOPS SlingShot deployer and a SEOPS-hosted payload. NG-13 returned to the Earth’s atmosphere on May 29, safely burning up on reentry.

The S.S. Robert Lawrence Jr. Cygnus arrived at the International Space Station early this morning, with capture occurring at 4:05 a.m. ET. The spacecraft will now remain at the station for approximately 3 months.

Northrop Grumman’s Cygnus resupply spacecraft is on its way to the station with about 7,500 pounds of science investigations and cargo after launching at 3:21 p.m. EST on Saturday, Feb. 15, from NASA’s Wallops Flight Facility in Virginia.

The company's Antares rocket will launch the Cygnus spacecraft from Pad 0A at NASA's Wallops Flight Facility in Virginia.

Northrop Grumman is proud to name the NG-13 Cygnus spacecraft after former astronaut Robert Henry Lawrence Jr. It is the company’s tradition to name each Cygnus after an individual who has played a pivotal part in the legacy of human spaceflight. Major Lawrence was selected in honor of his prominent place in history as the first African-American astronaut. Read more. 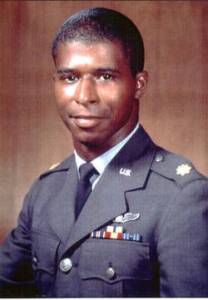 Designed to provide responsive and low-cost access to space, Antares is a two-stage vehicle (with optional third stage) that provides low-Earth orbit (LEO) launch capability for payloads weighing up to 8,000 kg. Internally funded by Northrop Grumman, Antares completed a risk reduction mission and a demonstration of commercial re-supply services for the International Space Station (ISS) under a NASA Commercial Orbital Transportation Services (COTS) agreement in 2013. Northrop Grumman commenced delivery of cargo to the ISS under the NASA Commercial Resupply Services (CRS) contract in 2014. Learn more about Antares.

Cargo is delivered to the station using Northrop Grumman's Cygnus spacecraft. The Cygnus spacecraft consists of two modules: the Service Module (SM) which incorporates the avionics, propulsion and power systems from Northrop Grumman's flight proven LEOStar and GEOStar spacecraft buses; and the Pressurized Cargo Module (PCM) which carries the crew supplies, spares and scientific experiments. The SM is integrated and tested at Northrop Grumman's Dulles, Virginia satellite manufacturing facility. The PCM is supplied by Thales Alenia Space and is produced in Turin Italy. Learn more about Cygnus.

NG-13 Mission at a Glance